I am by no means a sourdough expert. I started dipping my toes into the world of sourdough bread last summer. I’ve made some really awesome bread, and some pretty eh bread. However, it was still bread, and I still enjoyed it.

My first word of advice is: don’t get discourage. It can be intimating to read all the articles, all the rules, and try to get your head wrapped around it all. When in reality many people’s “rules” are just the systems they found worked best for them. Google is your friend, but don’t let it become your enemy. Sometimes all that information can be overwhelming. There comes a point where you have to stop researching, and start trying. Don’t expect perfection, just have fun with the process!

There’s many ways to handle your sourdough, and it’s pretty hard to actually kill your starter. If you think it’s dead, it’s more likely it’s just really sad and needs some encouragement. And even if it is dead, don’t give up! Just get some from a friend or start a new batch, and keep on trying! Now, let’s get to the basics I’ve learn about sourdough.

Factors to keep in mind.

Temperature: It’s the biggest factor for how long your starter will take to raise. The temp of your house, and even your water, will affect it. Usually you want to feed it every 12 or 24 hours, feed at a consistant time for the best results. The cooler the starter, the slower it feeds. The warmer, the faster it feeds, and the faster it rises and falls.

The rise and fall: After you feed your starter it should double. Even if it hasn’t perfectly doubled, as long as it’s risen and has plenty of bubbles I call it good enough. After it doubles, there will be a window of time where it’s at an optimal start to bake. Then it will drop back down a bit and start looking hungry by having lots of little bubbles on top and becoming watery. You want to use a starter at it’s peak for baking before it starts falling. How long it stays doubled (optimal bread making starter) can be managed by temperature and how thick you feed it. For example, during the hot summer I feed my starter super thick. That seemed to do the best and stay doubled nicely with a lot to eat on. You’ll have to adjust as the weather changes.

Flour: I use the King Author brand. You absolutely need an unbleached flour, as the starter needs stuff from the flour to feed on. If you can get organic that sometimes helps give it more good stuff to eat. Although I haven’t noticed much of a difference between organic and non organic unbleached all purpose flour in my starter and baking. I also have the whole wheat to help give the starter a boost, especially after it’s been in the fridge. A lot of times I’ll have a Tupperware with a 50/50 mix of whole wheat and white flour to feed it from.

Hooch: it’s the liquid that forms on top of the starter, usually in the fridge, or when it’s really hungry on the counter. It’s just from the fermentation process releasing alcohol. It’s fine to stir back in or pour off. I usually pour it off. Here’s a quick article on it. (I just found this site, I haven’t read it before, but it looks to have some pretty good questions and answers about sourdough)

Water: If you have city water the chlorine can mess with the starter. You can either filter it, or leave a jug of water on the counter over night for the chlorine to evaporate. The temperature of your water will also effect your starter. Warm = faster, cold = slower.

Tools: You’ll need some glass jars, I like having small jelly jars for just maintaining a starter, and bigger ones if I’m needing enough to bake. You need to cover the jars but allow air flow. You can use canning lids with the inside circle flipped upside down, just a lid you don’t screw on, or a coffee filter with a rubber band to hold it in place. Some people avoid using metal bowls or utensils, believing it’ll mess with their starter, but others don’t have a problem with in. I tend to stick towards glass and wooden spatulas. Rubber bands are also helpful to mark where the starter is once you feed it, so that you can see how much it raises.

Storing starter in the fridge: This is a pretty detailed article about it. I don’t think I’ve ever been this through about it, although I do sometimes have trouble with my starters coming out if the fridge. I usually store it in the fridge if I’m not planning to bake soon, and bring it out a day or two before I need to bake. Sometimes I give it time to come to room temperature, sometimes I feed it right way. I try and feed it before putting it back in the fridge.

Make multiple starters: Sometimes if I’ve got a good starter in the fridge, and I’m worried I’ll mess something up when I take it out to feed or bake – I’ll only take part of the starter and leave the rest in the fridge as a back up. Just in case.

Mold: I haven’t yet had a run in with mold. But here’s an article in case you.

Here’s another sourdough 101 by someone much more experienced than me. Kate from Venison For Dinner is a great resource! I love using her recipes.

How much to feed: First you discard, so that you’re only working with a bit of starter. (But DON’T THROW IT AWAY! More on this later).

You need to feed it at LEAST it’s own volume. So a 1 to 1 ratio of 1 part starter to 1 part water and 1 part flour. But I find a 1 to 3 ratio works better. Gives more for the starter to work on.

If you want to measure, I sometimes do 10g of starter, 30g of water, 30g of flour – or more flour if the consistency isn’t thick enough.

If you don’t feel like measuring (which I usually don’t), I discard, put in a good splash of water, and add flour until it’s the consistency that I want. I aim for a little thicker than pancake batter. So that it’s not runny, but I can still shake it off my spoon.

If you need to feed it for bread and just have a little, don’t discard and feed it enough that it’s close to the amount you’ll need. You should have plenty to use and some left to feed.

The Discard: When you discard, DON’T THROW IT AWAY! Keep a jar in your fridge to put your discard in. Discard is just sourdough that isn’t active enough to raise on it’s own – which is what you need for making bread. But it works just fine in other recipes that use a raising agent such as baking soda, and you still get all the flavor and benefits of that good fermentation of sourdough. Once you’ve got a good bit of discard built up, look up some sourdough discard recipes to use it in! Here are some of my favorites.

Ways to use your discard: I make waffles all the time to freeze. Tortillas! The hardest part is rolling them, otherwise it’s super straight forward. You can also do pie crusts, and even pop-tarts! And here’s 10 unique sourdough discard ideas.

Making Bread: Once your starter is nice and active, it’s time to start baking! I use Kate’s Soft Sourdough Master Recipe most often. I definitely recommend using the over night method, (make sure you check the notes at the very bottom for the simplest way) so that you don’t feel like you’re spending all day waiting to bake the bread. And I’d recommend setting alarms on your phone to remind you when to do that next step. I also love this recipe because you can do one dough and bulk ferment and rise, and then you can easily shape it into four different kinds kinds of bread. Sandwich bread, French bread, rolls, and cinnamon rolls. I’ll often make a dough batch and easily shape it into two things.

Other things to make with an active starter: There’s ton of sourdough bread recipes out there. I found this one the easiest to start with, but don’t be afraid to find and try new recipes! I’ve also made pretzels and bagels, and they were so good!

Here are some more of Kate’s recipes

Overall, it doesn’t have to be complicated. Just give it a shot and have a little patience. You got this!

This site uses Akismet to reduce spam. Learn how your comment data is processed. 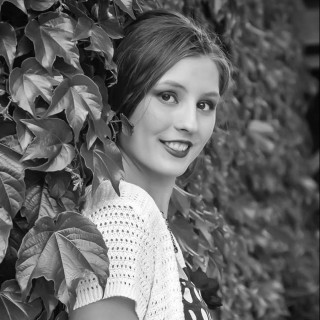 I am A. M. Freeman, a young author with far too many worlds in my head, imaginary people that won't leave me alone, and stories to tell. And so I write. I don't really have a choice to stop, so I don't think I ever will. I am teller of tales, a weaver of wonders, and a professional day-dreamer. Welcome to my world.